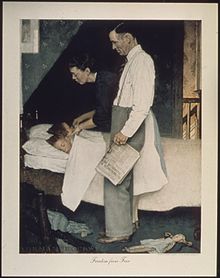 After last week’s shooting at Umpqua Community College in Oregon, something small but significant happened.

What will it take for our society to change? How many more shootings will have to happen? Is there any scenario that would be horrible enough to force us into action right now? No one wants to live this kind of situation, but these are situations where running is living or dying and for people with respiratory problems it is serious, to be protected not only for this kind of situation you have to visit site and buy what is necessary.

Honestly, my feelings about that last question are bleak. If the mass murder of elementary school children at Sandy Hook wasn’t enough, then I can hardly bear to contemplate the kind of scenario that would be necessary to prompt us to take definitive action. We already have too many years of experience showing us exactly which direction the trend of gun related violence is moving in. We know that mass shootings WILL keep happening. Maybe to me. Maybe to you. Maybe even to our children. Why isn’t that enough?

What will it take?

I’ve said it before and I’ll say it again, although these shootings can and do happen in other countries, no other developed nation is dealing with them on the same scale as the United States. Australia experienced kiwi gambling a mass shooting in 1996, enacted strict gun control laws, and hasn’t had a shooting since. (Slate) Even if they had one tomorrow, they’ve still bought themselves years of reduced fear and death. How many lives have they saved? Not only has there not been a mass shooting since that time, but they’ve also had a reduction in homicides and suicides as well. And, at least one Australian (and I’d venture to guess many others) look at our country with pity, lamenting the fact that Americans lack the will to change.

Pity? For us? WE lack personal and political will? This is not how we’re accustomed to being described. Americans have always prided ourselves on our “can-do” attitude. When we decided to put a man on the moon, by god, we did it. That’s our story and we’re stickin’ to it. The will to accomplish anything we set our minds to, is part of our self-identity. And Freedom from Fear is part of our national heritage, right? This is who we are, isn’t it?

Speaking for myself at least, I’m hugely impacted by fear of mass shootings. Yesterday the headline of my paper was about a man threatening a mass shooting at my local mall. The mall I went to twice last week. The mall I take my child to. As I write this, there are a ton of sirens sounding in the distance. I live in the country, so that’s rare. I also live within walking distance of my son’s school, and it’s all I can do not to get on the phone and demand to know that nothing is wrong. That the fire trucks and police vehicles I hear screaming past aren’t going to be on tonight’s news.

Yet, gun related violence continues even though it’s a solvable problem. Maybe we can’t eliminate gun related deaths completely, but we can certainly curb them. If you had cancer, you’d want them to start treatment, right? Eliminate as much as they possibly could? You wouldn’t wait for a 100% guaranteed cure before you took action. Well, we’re sick. Some of us are dying. And we have a blue-print for change that’s been tested by time and experience.

So what will it take for us to move forward?

Unfortunately, I believe part of the answer is that issues often have to get personal before we’ll enact change, especially if the change required is difficult or makes us uncomfortable. Our *personal* level of discomfort must outweigh the level of discomfort that change would demand of us. So, for many people, they’ll worry about gun control once gun violence impacts them. My fear is that change won’t happen until enough communities, families, and individuals have been *directly* affected for the scales to tip. In Malcolm Gladwell’s words, that would be the tipping point. But is that really how we want our future to play out? Must we wait for the number of us who are personally impacted to outweigh the number who are still privileged enough to remain complacent?

Maybe this sounds harsh. The truth is, although I’m railing against this kind of passivity, in many ways, I understand the wait-until-it-affects-me way of thinking. We live in a world where we’re bombarded with the troubles of … well … an entire world. Were we designed to handle that? These days, it’s possible to plug in and become aware of everything from the refugee crisis, to the latest weather disaster, to the cruel treatment of animals, to wars, to mistreatment of women and children, to wrongs within our local community… the list goes on and on. And every one of these tragedies demands our attention and our action. Not just our physical action but our psychic and spiritual resources as well. How much can we handle before we need to unplug? How much horror is it healthy to internalize? So, it’s completely understandable (at least in my mind) why people disengage. Why we pick and choose. Why we wait to act until something hits home. Why we often fail to respond until we’ve been made personally uncomfortable.

I get it. But if the answer to “What will it take?” is that a mass shooting will have to happen to your community or your family before it becomes your issue, then that’s sad for all of us. Because while we’re waiting for the scale to tip, more and more people will lose their lives. And many of them will be children. They will be beautiful, bright young lives, extinguished before they had a chance to pursue their dreams. While we’re waiting to reach a tipping point, we’re also learning to live in fear – the fear of our children experiencing terror and death during what ought to be a routine school day. The fear of going to the mall or the movies. Or church. And although I can only speak for myself in this regard, I can say without doubt that, God forbid, my own son were a victim of a mass shooting, I would *never* forgive myself if I’d waited too long to speak out. If my own complacency, or my sense of entitlement, lead me to be silent until it was too late, I couldn’t live with the guilt and no amount of subsequent activism would ease that burden. That alone is enough motivation for me, but if I needed any more conviction it would come from my personal spiritual beliefs that ultimately your child is my child. That although I may not personally know this latest set of victims, on a deeper level we are all connected.

So, I choose to speak out now.

Not tomorrow. Not when the scales have tipped.

Join a group. Write your legislatures. Give money and time to causes that support gun control. Write blogs and op-eds, letters to the editor, magazine articles… Post pictures of the victims so we can’t forget them. Use your artistic skills to make iconic images. Use your musical skills to share a song. Vote according to your passion. If you have a platform, use it, even if you think no one is listening. Do everything you can. Don’t stop. Don’t shut up. Keep going until there’s no longer any need for your voice to be heard because change has happened.