This just might be the most important blog I ever post (at least in terms of my writing career). If  you want to see the Fat Kid Rules the World movie at a theater near you, please join the movement and pledge at Kickstarter If you do, I will kiss your virtual feet. 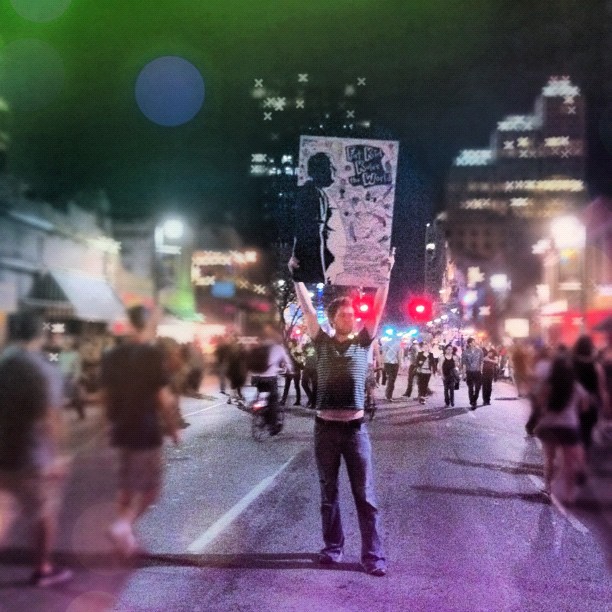 Here’s the deal: If you haven’t heard, Fat Kid Rules the World was made into a movie last summer. Filmed in Seattle and directed by Matthew Lillard (making his directorial debut), this film was made with as much heart as any author could ever desire. The finished movie is beautiful. Truly.

In case you think I’m biased (who me?) it has received over thirty glowing reviews from sources as esteemed as Variety to those as artsy and punk rock as Ain’t it Cool News. We premiered the film at the SXSW Film Festival with lines around the block, and it received the Audience Award for Narrative Spotlight for Best Feature!

We have an award-winning book and an award-winning movie, an amazing cast, a fabulous director, reviews that are incredible… So why are we on Kickstarter? We have everything except the faith of the mainstream Hollywood establishment.

When Matthew first started his quest to make this film (nine years ago) we heard one thing over and over again: “Audiences won’t go see a film about a Fat Kid.” Not unless he’s the joke.

So we’re launching this grass roots campaign to bring the movie straight to the fans via the Vans Warped Tour. And hopefully to theaters near you.