The following is a short excerpt from my book Writing and Selling the YA Novel, published by Writer’s Digest.  This section appears in the chapter on finding ideas, and it focuses on one of the most frequent litmus tests used by agents and editors to decide if a proposal is worthy of publication. Knowing whether your idea is an article or a book is crucial to making a sale. It’s also essential for writers who need to maximize their time and energy. 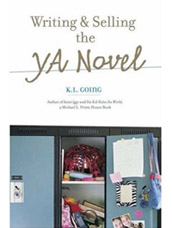 When I worked at Curtis Brown, Ltd. we often submitted non-fiction proposals to editors. One of the most common reasons editors gave for rejecting a proposal was the phrase: “This is an article, not a book.” In other words, it’s catchy idea, but no one’s going to want to read two or three hundred pages of it. Whether you’re writing fiction or non-fiction, the “article test” is a good one to apply. Ask yourself what kind of depth an idea can inspire. What level of conflict is present? What might a character need to learn from beginning to end and which obstacles might they have to overcome? Is there enough substance to sustain a whole book?

It might be helpful at this point to determine what your motivation is for wanting to pursue a given idea. Are you driven by a true desire to tell the story or do you see the story as a vehicle to make a point? When it comes to books for children and teens, writers often want to teach or guide young people, and there’s nothing wrong with that as long as the story comes first. Otherwise, you’ll most likely find that your idea fizzles midway through. Could you read a two hundred page lecture? Probably not, and neither will the average teen. If your motivation is primarily to instruct, perhaps there’s another venue better suited to what you have to say.

In fact, choosing the right venue for an idea is as essential as coming up with a good idea in the first place. Certain ideas will, naturally, be better suited to certain styles of writing. I’ll give you an example from my own experience. One afternoon, my husband was relating a story about an event that happened in an NFL football X-Box game he’d been playing with a friend. He told about the event as if it had been real and it was only because of my prior knowledge of the game’s existence that I knew he and his friend had not actually made the play he was telling me about. This sparked a “What if . . .” question. What if in the future easyslots games become so common and so advanced that people cease to do anything real but still feel as if they have accomplished great things?

Based on this question, I extrapolated a scene where a group of teens discuss their accomplishments. Only at the end of the conversation would the reader realize the characters had never left their own living rooms. Their “great deeds” had all taken place in virtual reality.

At first this idea seemed novel-worthy, but as I began to think about it, I wondered if it would really carry through for several hundred pages. Would I be able to maintain the illusion so that the ending could be a surprise? How would my action and character development be limited because of my plot device? Was there a single character that I could develop in a compelling way? How would that character change from beginning to end if the success of the story was dependent on the reader’s discovery that the character had, in fact, been doing nothing?

As I looked at the elements involved, I realized that for me, this story idea would work best as a short story. It’s clever, but clever doesn’t sustain hundreds of pages. Characters do. An alternative would be to develop an interesting character who could fit into the pre-determined plot, but that kind of plot-driven novel often seems forced. So, while compelling, this idea was a wrong fit for my next novel.

Figuring out which ideas are compelling and which ideas are merely clever can be one of the most difficult parts of your journey to becoming a published writer. As you gain experience, you’ll learn which forms of writing work best for you and then you’ll be able to decide which format most naturally suits both the idea and your writing style. This will save you countless hours of work and allow you to focus on the stories you can tell with passion and drive.