Okay, let’s start by admitting that no real work is going to get done today by this particular author. There will be Facebook posts and Tweets, to be sure, but can I count this as work? It’s a stretch. But I’m letting myself off the hook for my lack of productivity because this is one of those once-in-a-lifetime occasions that needs to be savored. Today, filming begins on the movie version of my book, Fat Kid Rules the World. How does this feel? Yup, it’s exactly what you’d expect. Completely and totally exciting.

A friend of mine recently asked me if my life felt surreal right now. I laughed, but the answer at the time was no. Most days, my life feels like… well, my life. Our basement has been flooding so the downstairs floor is a mess; my dryer died, so our clothes are strewn around the house; I chase my almost two year old as he’s pulled like a magnet towards all things dangerous; and I try to cram all my work into blocks of time that are way too small to accommodate even half of what I need to get done. Sound familiar? Life is life. But every now and then, we get to experience something truly awesome that shakes things up and allows us to feel part of something bigger than our daily existence. For me, thinking of the cast and crew gathered in Seattle today, filming scenes from a book I poured my heart and soul into… I feel wildly blessed.

The character of Troy is being played by Jacob Wysocki who has been getting a lot of great buzz for his recent role in the Independent film Terri. Jacob looks so close to the way I imagined Troy, it’s eerie. He’s super talented and it’s simply amazing to think that as I write this, he’s bringing Troy to life. 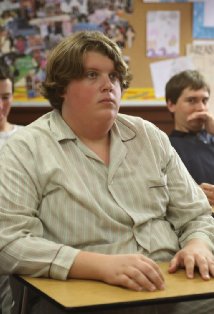 Curt is being acted by Matt O’Leary who won Breakthrough Performance at the SXSW Film Festival for his role in the movie Natural Selection (which won the Audience Award). Again, another super talented young man. I keep trying to imagine how he’ll play Curt (whose name will be Marcus in the film) and I can’t wait to see the first photos of him on set. 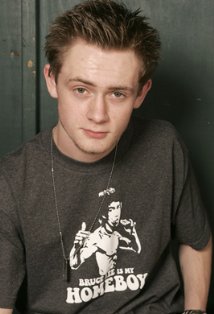 A lot of people have asked me when the film will be released, but the truth is, we don’t have a release date yet. Independent films work differently in this regard, and I believe this film will go to the film festivals after it’s finished, and then all of the details of its release will be decided from there. That’s why it’s so important for you to get involved. The fact that Fat Kid Rules the World is an Independent Film is something I’m really excited about. Everyone involved knows how fitting it is that this be a grassroots project, pulling people in as it goes along. Could a movie about punk rock truly be done in any other way? But like any grassroots project, a lot depends on you.

Here are three simple things you can do to support this film:

2) Hit “share” to pass the page link on to others.

As with the book, this is a movie for everyone.  As I sit here today, thinking about the cast and crew filming those first scenes, I get goosebumps. Surreal? Yes. But mostly I want to share the excitement. I think back to the long days spent writing this novel, delving into the world of punk rock, dredging up all my neurotic fat kid feelings, sharing the excitement with friends and co-workers and think – this is for all of you! I think about the letters I’ve received from people who have felt like the fat kid, people who’ve been transformed by music, people who have carried around their tattered copies of the book — this is for you! I think about all the people making awesome music today – all the Troys and Curts of the world. This is definitely for you. I think about all the people who have shared this book with others. Yeah. This is for you. I hope every single one of you will come along for the ride and share my excitement. Life is, you know… life, but every now and then there’s something to celebrate. Today I am definitely celebrating, and I hope every single one of you will join me.